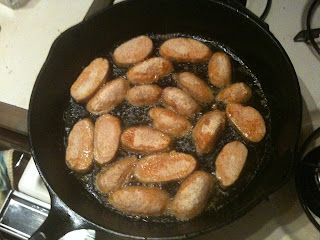 (Looks good, no? See #5)
photo by Emily Fleischaker
My friends Kat and Sarah asked me to pick 5 things I'd really love to mention on their (big-time) company's food site Eatocracy. So I got thinking about how we've all been getting ripped-off lately. With more and more bits and bops showing up on chefs' menus, I think we can all admit, the times they are a-changin'. Truth be told, these chef characters are taking us for a bit of a ride. See, bits and bops are really cheap and with only a little know-how, they're really good. So you can either shell out all your hard-earned cash to this guy, or this guy, who will rip you off, OR you can learn a few simple tips to make these things yourself.
It's time to grow up and cook some nasty bits. Here's how you can get started: 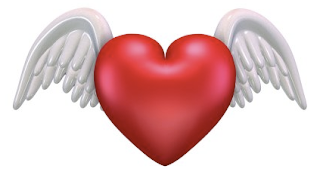 1. Chicken Hearts - You'll find these at almost every butcher's counter (if not, they can order them for you). They're super-cheap, and when grilled, they taste like meat candy. In South America, you'll find them skewered, sprinkled with coarse salt and grilled until they're just pink on the inside. Every single person who tries them becomes an instant convert. 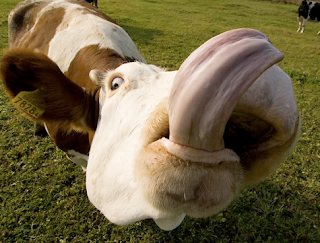 (Try not to think about what the tongue tasted before you tasted the tongue.)
2. Beef Tongue - The only gross thing about tongue is that it looks like a big ol' tongue. Oh, and you'll need to peel it, but that's the fun part. Buy a tongue, put it in the pressure cooker with 1-inch of beef stock and cook for 30 minutes. (Or do it this way.) Let it cool, peel it, and serve slices on sandwiches, crostini, or chopped up in a ragout. The meat is silky-soft and absolutely chock-full-o-flavor.
3. Monkfish Liver - This is a surprise to a lot of folks, but monkfish liver is the foie gras of the sea. If the fish guy at the market has monkfish liver, I'm buying it. Seared in a little butter, it has a rich flavor and texture and makes a perfect first course with some pickled shallots or a lemony-jalapeño slaw. 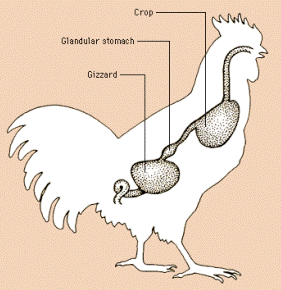 4. Turkey Gizzards - Gizzards are the un-chewable tough bits that are shoved into the hole of the Thanksgiving bird. (Chickens have them, too.) You could add them to the gravy, but a much better use is to confit them. Once you've collected a few (freeze them as you come across them), salt them and cover them with fat in a pan (olive oil works, so does turkey-duck-chicken fat) and let them simmer for 11/2 hours. Sliced thinly, they have a super-soft-yet-meaty texture and a very mild flavor. 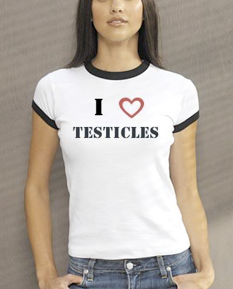 (Who doesn't?)
5. Testicles of Any Kind - As you know, I've covered gonads here before. Recently, I found some lamb balls at the butcher and they surprised (happily) my dinner guests (albeit, after they got used to the idea). Peel away the sack, pierce the membrane, and roast. Whether you want to then slice and fry these bops (like the first picture in the post) is up to you, but their texture is cloud-like (think sweetbreads, but smoother) and their flavor so mild that they pair well with just about anything. Those lamb balls were the star of a spring salad of beets, beans, shallots, and mache. The dish was awesome.
Posted by iknauer at 11:20 AM